Chelsea Ready To Cash In On Players? 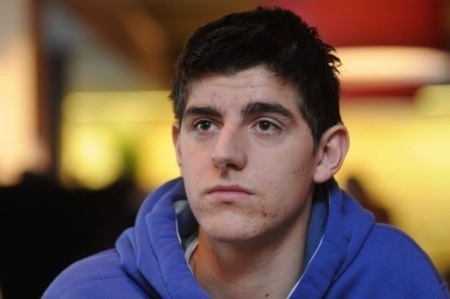 With Petr Cech now in his tenth year at Chelsea, a general assumption might have been that Thibaut Courtois would be the natural successor to the number 1 shirt in the near future. Having spent the past two and a half seasons at Atletico Madrid, the Belgian keeper has never made a professional appearance for us but has done pretty well for himself in Spain, and with Petr Cech showing no signs yet of climbing up the hill never mind being over it, Courtois knows he’ll need a chat with Chelsea to decide on his future.
Courtois’ dad, Thierry suggests “We have a meeting with Chelsea and we will be talking about everything with them. It is too early to make a definite decision yet. We have to negotiate with Chelsea. Thibaut has been doing very well with Atletico but there are still three months of the season to go, and a lot can happen in that time.”
Whether or not that decision even comes down to Courtois though, largely depends on the club’s stance because, with Petr Cech still more than capable of holding onto a first team place at 31, and FFP a consideration, the club won’t want players of his worth on the bench.
Jose acknowledges “Chelsea made great investment in the past and in some moments were also a bit criticised because we did so much. But things change. Chelsea adapted well to the situation. When you see De Bruyne, who played three or four matches, give us a big profit, there are other players who maybe don’t play a single match for Chelsea and we will look to sell them at a profit.
We have had to organise ourselves in a different way. Before me, Chelsea did fantastic work in this level: Lukaku, De Bruyne, Courtois, young (Thorgan) Hazard and (Lucas) Piazon. Not all of them will have a career at Chelsea but all of them are important in this new financial organisation. So Chelsea worked very well and probably started doing that before other clubs. Because of that, even if FFP comes into practice, I think Chelsea are very advanced.”
Clearly not a stance all supporters would agree with, particularly given we’ve previously been spoilt for choice with our squad but a real sign the club have a financial plan for the future – and that can’t be a bad thing, can it?