A Mata of Motive? 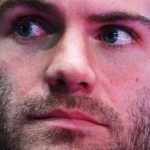 I’ve had to sit back a bit this week and soak up the mass hysteria as Chelsea sell one of our best ever signings to a rival club in the Premier League……and not just any rival club either, because as even the remotest of Inuit tribes running around the Arctic with their harpoons will by now be aware, Chelsea have sold Juan Mata to Manchester United.
Surprised? Sort of. Disappointed? Sort of. Intrigued? Definitely.
The surprise comes from the choice of club, not by Mata but by Chelsea. Why wouldn’t Mata want to play for United? They’re a massive club with a history of success – and no competition for his position. Yes, he’d said he loved us and had no intention of leaving (only weeks ago) but players always tell you what they think you want to hear – and he’ll be ‘loving’ United next week. The surprise obviously comes from Chelsea’s decision to allow Mata to go to United rather than finding a club outside the Premier League for him.
That’s not where the disappointment comes into it though because clubs outside the Premier League might not have been as readily prepared to meet a £37million price tag without blinking and Chelsea do have FFP to consider. The disappointment has largely come from observing Juan Mata since the start of the season.
This article captures it perfectly though, because from being our standout player in successive seasons, the shining light that was Juan Mata faded with the arrival of Jose Mourinho. Refusing to develop the system around his number 10, Mourinho couldn’t get the best out of Mata – and Juan Mata either couldn’t or wouldn’t adapt.
United supporters naturally, will tell us they have a ‘history’ of attacking football Mata is better suited to and that’s fine, Mourinho’s counter-attacking game isn’t everyone’s cup of tea. As we’ve seen in our most recent meeting though, Mourinho’s system is effective – if you have the right players, with the right mentality. So, the disappointment for me, came from the realisation that Juan Mata didn’t turn into the team player I’d hoped he would.
The intrigue, again comes from the sale to United. Mata wanted to go there and it’s certainly better for him (and his international aspirations) to get regular football at the top level but I don’t believe for a minute we let him go there for purely unselfish reasons. Whatever Mourinho says, the club won’t have forgotten their stance when Wayne Rooney wanted to sign for us (and thank God they did because we couldn’t afford his over-inflated wage now anyway), so there had to be a clear rationale behind this decision.
As Wenger has quite rightly pointed out, to an extent this does us a favour. We’ve already played, and taken 4 points off United this season, whilst City, Arsenal and Liverpool still have to play them – and it goes without saying now they’ll be an improved side with Juan Mata. Upsetting Wenger and Pellegrini is almost worth it in itself but if United do take points off the pair of them (and I’m still sceptical about that), then in the short term at least, the same is justifiable.
The intrigue though, really comes from thinking longer-term, because there’s no doubt that in spite of Roman’s previous impatience and ‘quick win’ mentality, that isn’t Jose’s brief this time. He’s under no pressure from the club to actually win the title this season – we’ve been there and done that with him before, and he was on his toes before the silverware had even lost it’s shine. This time it’s about rebuilding for the future, with the focus not just on success but sustainability.
Part of the rationale behind securing a £37m move for Juan Mata was FFP and it’s good to see us selling at a profit rather than a loss for a change, but we know that’s unlikely to have been at the forefront of Jose’s mind when United came knocking.
Jose Mourinho has made a very bold decision, probably the sort of decision we’d never have expected Roman Abramovich to support (remember Schevchenko?) and yet it’s happened – but it won’t have happened without Jose Mourinho having something pretty big up his sleeve going forward…..