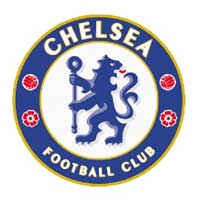 Well, the internationals are sorted again for now and England are off to Brazil. As for Chelsea, we’re staying at home today, with Cardiff coming to town.

For a change, much of the gossip going into today’s game has been around the visitors, or at least their manager’s position after the owner replaced their head of recruitment with an inexperienced 23 year old. So, with all that and the midweek fawning over Andros Townsend, we’ve been pretty much left alone and there’s not a lot to say going into this fixture.

Obviously Chelsea and Jose Mourinho will hope there’s no international hangovers this afternoon because with just two points separating us from Arsenal and Liverpool at the top of the Premier League (yes, it is surreal saying that even at this stage of the season), whether today’s opponents are 14th in the table or not, we’ll need to look lively.

Going into today’s game, Chelsea manager Jose Mourinho tells us how he spent his international break, saying “I got bored.  I’m not the kind of person to tell my assistants to stay here and train the four or five guys we have in while I go on holiday. I don’t do that. I can’t do that. I was here at the training ground all the time, and that frustrated me because I like to work with the players and I could not. So I prepared, for Cardiff this weekend, for Schalke next week. I went to watch Ivanovic last Friday, England on Tuesday. I watched every match my players were in on television. But you always want to get back to it, for it all to start up again.

Bluebirds boss Malky Mackay meanwhile, in spite of the chaos around him, insists “My job is to protect my players, it’s as simple as that.  As always I need to support them and make sure they are properly prepared and I will be continuing to do that.  Our preparations this week, apart from the fact we have had an international break, have been exactly as they always are.  We have procedures that we follow and nothing has been allowed to detract us from that.”

For Chelsea, Fernando Torres (knee) is likely to remain out and Ashley Cole (rib) is doubtful.

For Cardiff, Andreas Cornelius’ fitness renders him a doubt. Mackay otherwise has no other injury worries.

On paper this should be a straight forward 3 points for us, we have won ten and drawn one from our last 11 at home in the league, scoring exactly two goals in each of our last eight home games in the, whilst the visitors have only managed one clean sheet in their last 7 in the league, with an unimpressive 4 goals against them this season conceded from outside the area. As ever though, you know the pessimist in me is bound to balance that by reminding you none of our strikers have actually found the net yet this season, so straight forward? We will see.

Mourinho: Why All The Questions?
CHELSEA v Manchester City: Preview