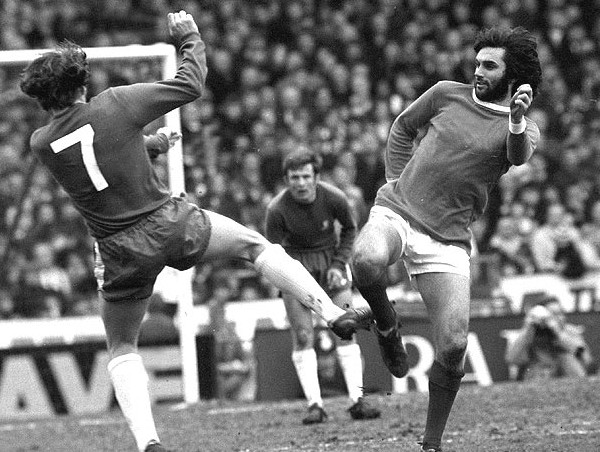 I have a feeling Chelsea might be in for a rocky ride with the FA.  Not that we haven’t had our issues with them before of course, but with Dick van Greg Dyke appearing less than subtle in his dislike for Chelsea FC, let’s just call it intuition.

Whilst standing in Stamford Bridge to open the Leaders in Football Summit, the FA chairman seemed particularly disgruntled that Fernando Torres hadn’t got the extended ban the press had pushed for after he’d cruelly gouged a hole in Jan Vertonghen’s face. Ok, I’m being flippant and Torres should have kept his hands to himself, but the fact is, part of the incident had been seen by a match official, therefore according to the FA rules, they can’t then take retrospective action.

Still, Dyke felt compelled to point out, whilst standing in Stamford Bridge, “For the FA’s disciplinary department to find itself in a position in which they don’t feel they have the authority to take action for what was an obvious scratch to the face can’t be right.  What this means is that despite the rules being changed in the summer to allow action to be taken in instances which were not properly seen by the officials they clearly weren’t changed enough.

When millions of fans watching on television around the world can see an incident like this and The FA does not take action it is understandably baffling to everyone and has to be addressed. As Chairman of The FA I don’t like being in a position where I don’t understand, nor can’t explain, why action has not been taken in cases which are quite so obvious.”

So, we get his point, he’s unhappy Fernando Torres wasn’t punished for his rush of blood to the head. That’s fair enough isn’t it? No agenda, no bias, just a completely impartial and considered approach to what’s just and fair. Except, his trip down merry lane seems to have a bit of a Chelsea focus as he goes on “I am pleased the conference is being held here because this is one of the great grounds of English football, steeped in a wonderful history. It’s also one I know well.  As a West London boy I came here a lot at as a kid not because I was a Chelsea fan but because my best mate was, and I used to come with him. I must admit I have mixed memories of standing in the old Shed End, pretending to support Chelsea, struggling to see the pitch on terraces which weren’t made for short people, and then being carried down the steps on the way out by the those around me.  I remember coming here in the mid sixties and seeing George Best sent off after being kicked all over the park by Chopper Harris.” Presumably Dyke was ‘struggling to see the pitch’ when Best was trialing his Kung Fu techniques out on Charlie Cooke though?

Not that I’m suggesting Dyke is selective or anything, although he does like to reminisce about Chelsea in particular, and let’s not forget he was standing in Stamford Bridge when he carried on “I remember coming in the nineties, by then I was on the Board of Manchester United, seeing Nicky Butt sent off for chinning Dennis Wise who had grabbed him by the testicles when the referee wasn’t watching.  Of course today one of the 35 cameras would have spotted what Dennis Wise had done and he’d no doubt be up on some sort of FA charge – or maybe not judging by recent events.”

Sarcasm from the FA chairman or maybe a touch of bitterness left over from the days of our former owner’s special brand of hospitality? Dyke answers that particular question, adding “The Nicky Butt incident happened in the days when Ken Bates was still in charge here. On the board of United we were always overwhelmed by his friendliness and charm. I remember once getting stuck in the traffic on the way here so I arrived late with my ten year old son only to be confronted by Ken who looked up and said ‘you are too late for lunch” and then pointing at my son, he added “and he’s too young for the boardroom anyway.’ Of course they were the days when Ken wouldn’t let women in the boardroom either. How did we all let him get away with it?”

Still, if we thought the FA Chairman had come into this job without the warped sense of humour one would undoubtedly require and I’m assuming it’s tongue in cheek when, whilst standing in Stamford Bridge, he says “Stamford Bridge has seen afternoons and evenings of great tension, drama and of course rich excitement – and that’s just in the boardroom. However I am not promising any such entertainment here this morning although I recognise after my first major speech as Chairman of The FA some may have come along for that reason.  I also understand that at least one of my predecessors came to this conference and, rather unwisely, used the opportunity to have a go at others in the hall. That won’t be my approach today, I’m not even tempted.”

No doubt he’s not remotely tempted to undertake any lessons in self-awareness either. Chelsea beware!