Mourinho: Why All The Questions? 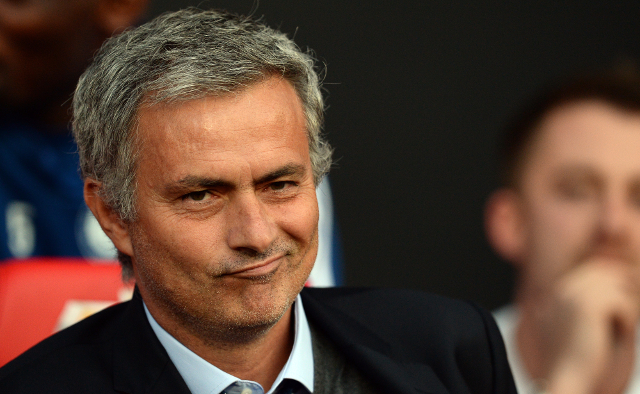 From Twitter to MOTD Jose Mourinho is questioned week in, week out. From team selection to transfers, it’s analysed, criticized and second guessed. In fact, whatever Jose’s done is usually the exact opposite of what every pundit, be it armchair amateur or studio, would advocate – and yet, Jose Mourinho is the only one of those with a side sitting 3rd in the Premier League table.

We know our strikers aren’t scoring but this isn’t something new. Fernando Torres and Demba Ba weren’t prolific before Mourinho either, nor did they put in the sort of performances we saw Torres put in against Spurs and Ba put in against Norwich though. As for recent suggestions we shouldn’t have sold Daniel Sturridge or loaned Lukaku to Everton, the fact is, Sturridge had neither the attitude nor the ability to hold onto his place at Chelsea that he’s shown at Liverpool and whilst Mourinho could well have denied Lukaku’s request to go out on loan for another season, he clearly preferred to have a happy striker returning in the summer with another year of constant Premier League football under his belt than risk having an unhappy and potentially unmotivated youngster sitting out games in favour of older, more experienced (and more expensive) players.

You see whilst players like Torres and Ba might not have been playing to their potential under an interim some people still want to believe was hard done by at Chelsea, what Jose Mourinho has an undeniable talent for is motivational management. Even now, just seven games into his Premier League and Chelsea return, I’ve seen enough from both Torres and Ba to suggest there are plenty of goals to come from the strikers we do have – and certainly what I’ve seen from Romelu Lukaku’s loan is that we’ll have no concerns in the seasons to come either. And that’s the point – this time, Mourinho is looking further ahead than the end of this season.

The impatient days of Roman Abramovich’s ‘I want it and I want it now’ ideal are behind us. He’s had the titles, the trophies and even the Champions League he craved, what he’ll desire now is the only other missing ingredient that’s evaded Chelsea so far – stability – and Jose Mourinho will need time to deliver that. With that in mind, whilst Mourinho is working through the transition required, with both himself and his players under the microscope on a daily basis, is it still questionable to have a 20 year old striker getting consistent football at the top level, in the same league he’ll undoubtedly lead our charge in the future without the negative press focus to distract him?

Of course, the other bone of contention has been Juan Mata and the alleged poor treatment of our Spanish midfielder.  Mata was undoubtedly regarded as our best player over the two seasons before Jose’s return – a point I completely agree with. Having said that, he was the stand-out player in what, in spite of the talent, looked a decidedly average side most of the time. Average isn’t something Mourinho would settle for, particularly when he knows we can play to a much higher standard, so he’ll push every player he has towards that aim.

We’d already seen that from Oscar, with the little Brazilian working his arse off for his new boss and yet, Mourinho wasn’t seeing the same from Mata. Surely the fact that this amazing talent we believed we had received no recognition from the international coach must have shared the same concerns as Mourinho around Mata’s contribution off the ball? Mourinho’s expectation from any of his players is that they work as hard for the team off the ball as on it – something Juan Mata has now responded to and received the recognition for – so is developing Mata into a more rounded player, ensuring he fights for his place in the Chelsea first XI, really all that detrimental? If anything, it gives him much more of a chance to force selection for both club and country, hardly a negative is it?

As we saw against Norwich yesterday, Jose Mourinho knows what he’s doing. We saw exactly the same in his first spell in charge at Chelsea and over the past few weeks we should have seen enough to have the same amount of faith in him now that the majority had then, so why all the questions?