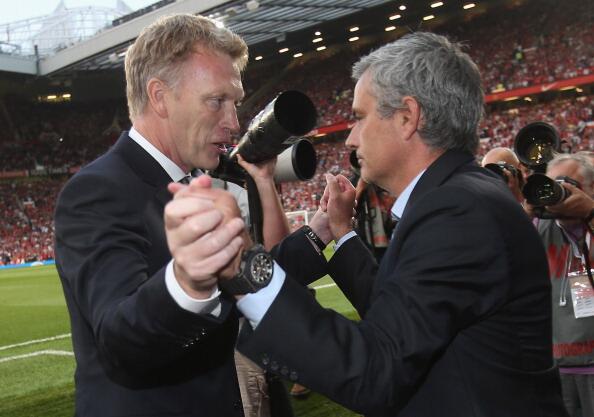 As ever, the hype pre-match was a lot more exciting than any of the attacking moves in the game itself but then for me, this rather resembled ten-pin bowling…….. albeit minus the bowling ball. I mean, you’re going to struggle from the start if you’ve forgotten that piece of equipment, right? Well, it seems Jose Mourinho forgot to put a striker on, or at least a recognised one – and it was all a bit of a struggle really. It happens though, I mean, if Millwall’s kitman can forget to bring a kit then we’ll just have to forgive Jose for this little lapse won’t we. Fernando Torres will anyway because for once, everyone must have been delighted to see him come on in the second half.

Noticeable contributions came from John Terry, with the Chelsea captain deservedly man of the match and Oscar, who somehow came out of it with his legs intact although not for the want of United trying. Ashley Cole took the award for best Platoon audition, De Bruyne’s bloodied lip earned him the most ridiculous yellow card of the season and Frank Lampard, well he’ll just have to leave his limbs at home in future.

So, that’s my rant on the proceedings, here’s a few more:

The match report comes, as ever, from the official CFC

We get the captain’s view from SportsMole

And player ratings come from TheSportReview

United v CHELSEA Preview: From The Fans
Frank Lampard: 100 Not Out