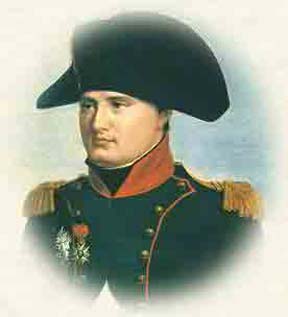 So, another game without a win and this time we didn’t even manage a nil-nil, although we may well have taken that given the eventual result against West Ham.

Ten years without losing to them, Rafa arrives – and there goes another record.  Surely even sacking is too good for him now? What we should do is sit him in a room, tie him to a chair and force him to watch our last 3 games on repeat.  After all, he’s entirely responsible for our pain isn’t he? Or is he?

Ok, so his motivational skills might be as hard to pinpoint as the rationale behind his substitutions, and we’re not exactly feeling the love and respect for our club oozing out of his dugout but realistically, what did we expect to get from the former Liverpool manager? He was hardly going to wave one of those plastic flags up and down the touchline championing the Chelsea cause was he?  The bottom line is he was offered a job, probably a very lucrative one, and he took it. We might not like him – and trust me, I don’t like him – but we can’t have a go at him for that.

Of course we don’t want him at our club, we know he had little to no respect for us before his arrival but realistically, he has no reason to care less what we think. He’ll take home an obscene wage irrespective of the performance, the results, or the atmosphere inside the ground.  Those are the things that will trouble us but he’ll lose no sleep over it. In order for that to happen, he’d have to care about us as a club – and we know he doesn’t.

As hard as that may be to accept though, Rafa Benitez is just a symptom of a much deeper issue at Chelsea FC – one that Napoleon would have had something to say about.  Napoleon Bonaparte – not someone Roman Abramovich would have a lot of time for you’d assume.  French, invaded Russia, threatened to – and had a bit of a stab at – blowing up the Kremlin, but why on earth am I dragging him into this?

Well, he was pretty prominent during the French revolution and after he’d got himself into the position of Emperor, sustained victories saw France become pretty dominant in Europe…..see where I’m going with this? The so-called ‘Russian Revolution’ at Chelsea doesn’t seem to be going quite so well though, but then maybe a few wise words from Napoleon sum up the difference: “Impatience is a great obstacle to success; he who treats everything with brusqueness gathers nothing, or only immature fruit which will never ripen.”

Where one revolution had a man who believed patience, as well as being a virtue, was the key to sustained success, Chelsea’s revolution seems to have been built on an ethos where success is expected to be as instant as your morning Nescafe – if it’s not, it’ll be slung out. And whilst there’s no question there wouldn’t even have been a revolution without Roman Abramovich (we probably wouldn’t have had the victories in terms of titles and almost certainly wouldn’t have had the Champions League)  we undoubtedly wouldn’t be in a position where we have a succession of managers every season in charge of players earning ever-increasing amounts of money for ever-decreasing returns either.

Yes, I know we’ve won things – a lot of things – but it’s the on and off-ness with our performances from season to season, particularly with the players we’ve had at our disposal that really frustrates. But then, the revolving chair in the manager’s office won’t ever do anything to address our inability to sustain form will it?

Let’s be honest, the real reason we’re so angry with the club at the minute was the ‘brusqueness’ with which Roberto Di Matteo was dispatched. As far as we could see, he’d won the FA Cup and Champions League, he’d had a great start to the season, bringing us the sort of football we’d all dreamed of. Then, courtesy of some ridiculous officiating against United we were robbed of a result there and went on to have a few dodgy games within a pretty packed schedule. End of the world? No, but the end of another manager as far as our impatient owner was concerned.

So, in spite of the quality we’ve had – and continue to have in our ranks, we won’t be reaping any long-term rewards. Or as Napoleon would put it, our crops won’t ever get past the first harvest, unless of course Roman is forced to face his own Waterloo!