Reaction: We’ve got the Substance to go with the Style 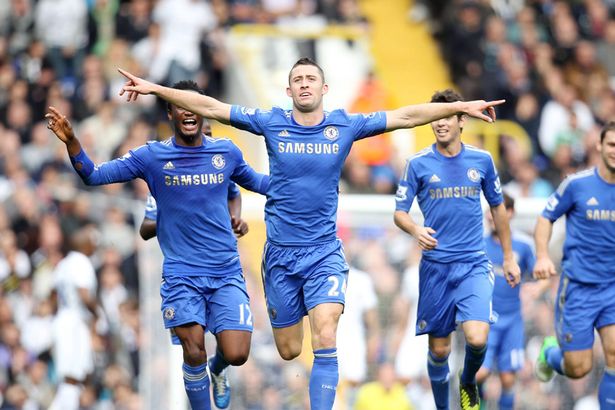 What a game that was against Spurs last weekend. It had goals, an exciting twist, and sweetest
of all we beat one of our biggest rivals in their own backyard.  As if crucifying Tottenham at Wembley in the FA cup semi-final, and then pinching their Champions League place right at the death wasn’t enough, now we’ve gone and taken all three points in our first clash with our old minder AVB.

And what was most satisfying is that once we went 2-1 down, it would have been so easy to recoil, lose confidence, and with that any hope of getting a result. But Chelsea didn’t.  Tottenham came out in the second half riled, focussed, and within two minutes they had their reward. William Gallas adding their second in the 54th minute gave them the initiative, and at this point we really were on the back foot.

The pressure of the White Hart Lane crowd and scoreline deficit would have unravelled most teams, but Chelsea maintained their nerve and produced what was eventually a very good performance.

Following last season’s heroics, and given my own innate belief/bias that Chelsea have always had the quality and character to come back from the brink, I shouldn’t have doubted that we’d come out with a result. But I did, and needless to say I’m ecstatic that I was proven wrong.

The first thought that struck me was along the lines of: “Oh f*ck. Without JT and Lamps this won’t happen.”  Yet it didn’t matter that they weren’t out there, the eleven that were maintained their cool and took responsibility, and stepped up their game when it mattered.

Over the years we’ve been so strong because that group of core players that have run the Chelsea dressing room are not only world class footballers, but are mentally tough, resilient champions. Petr Cech, Ashley Cole, John Terry, Frank Lampard and Didier Drogba have been the most important
figures in making Chelsea Football Club a true force, and with only two on the pitch at the time we were behind, I (I’m surely not the only one) did question whether we’d recover.

The manner in which we did showed not only incredible footballing quality, mainly from the majestic Juan Mata, but undeniable resilience. We tightened up at the back, we set about our task of scoring, and we left White Hart Lane 4-2 winners. Mata and Hazard linked up well again for Mata’s second goal, with the two clearly sharing an understanding through a mutual attacking intelligence, the combination of Mata’s perfectly-timed run and Hazard’s beautifully-weighted through-ball resulting in our third goal.

Torres found himself in a few excellent positions but was unable to score. Oscar had a couple of ambitious attempts from outside the box, and will surely be vindicated, as he was against Juventus, if he keeps it up. Ramires and Mikel looked assured once the pressure was on, and Gary Cahill’s
first-half volley was something to behold. I really think Cahill has more to offer Chelsea. He reads
the game brilliantly, and, as seen in Munich, is adept at blocking shots and intercepting passes.  Combine that with his ability to hit a ball viciously and we have an excellent centre back, though as seen with Defoe’s goal, and with Pavel Pogrebnyak’s finish for Reading in our 4-2 win, he lets the centre forward get in front of him too easily, and perhaps needs to be more decisive in his defending. If he can be more imposing and aggressive in his play then we have John Terry’s successor on our hands. But anyway, this was a fantastic win away from home, and sumptuously sweet against our North London rivals.

I keep saying to myself that I won’t get carried away with this vein of form, but today’s show of  guts when behind bodes well yet again for the future of the club. Results like this will stick in the memory, instilling a winning mentality into the players, and it is not only a statement of intent to our rivals, but as Di Matteo said last week; the win will, crucially “Help build momentum.”

Having taken six points on our travels against Arsenal and Spurs, we can now get into a rhythm of confidence, and really inflict damage on the Premier League. Yet perhaps as important as our own gains from this performance, we have yet one more excuse to add to a long list, of why we can
still laugh at William Gallas, and more importantly, Tottenham Hotspur.

Spurs 2-4 CHELSEA: A Mata Of Class
How Chelsea defied the odds to claim European glory