JT Makes The Right Decision, Will The FA? 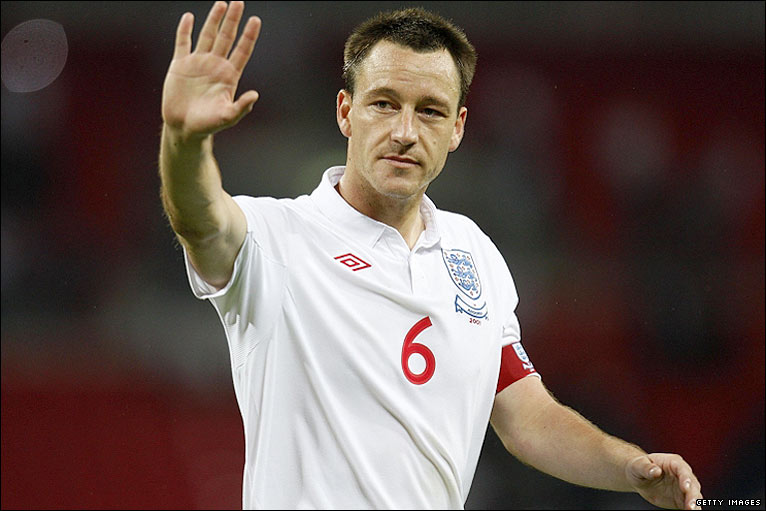 John Terry has undoubtedly made the odd poor decision in his time (haven’t we all) but his decision to retire from international football yesterday was absolutely spot on.

His decision, or at least the announcement of it, comes less than 24 hours before the FA hearing into that allegation he’s already been found not guilty of after being dragged (needlessly as it turns out) through the courts.  In a statement announcing his immediate retirement from international football, JT says:

“I am making this statement today in advance of the hearing of the FA disciplinary charge because I feel the FA, in pursuing charges against me where I have already been cleared in a court of law, have made my position with the national team untenable.

I would like to thank the England managers who have selected me for my 78 caps.  I have had great pleasure in sharing that honour with all the players that I’ve played with.  I would like to thank them, the fans and my family for their support and encouragement during my international career.  Representing and captaining my country is what I dreamed of as a boy and it has been a truly great honour.  I have always given my all and it breaks my heart to make this decision.  I want to wish Roy [Hodgson] and the team every success for the future.

I now look forward to playing for Chelsea FC, and challenging for domestic and European honours, and I want to thank the fans and the club for their continued support.”

Of course, some might suggest he was simply pre-empting an invitation to do the same thing by the FA anyway and I have to admit, their decision to pursue a hearing in view of the not guilty verdict had always made me suspect this was their agenda. However, the reverse side to that is that we all pretty much suspected he was going to be stripped of his captaincy in the wake of the Wayne Bridge saga, yet he declined to step-down ahead of that particular decision, so why this time? And why something that can only be a gut-wrenching decision for a player who, without question, has given absolutely everything he has in an England shirt?

Well, like the man says, the FA have left him no choice. In a court of law you can’t be tried for the same crime twice, double jeopardy clearly doesn’t exist for the FA though, whose kangaroo court is a law unto itself.  With public opinion no doubt informing the prosecution’s case and the press having been in their role as judge and jury for months already, they decided the court’s not guilty verdict simply hadn’t given the vultures their pound of flesh – and with them apparently making the rules, and the punishments up as they go along, of course he’s on a hiding to nothing.

Quite apart from whatever punishment their lord and masters decide to dish out though – and I’ve no doubt they’ll dismiss the stocks out of hand and go straight for the gallows – how could he possibly continue to put his heart and soul into playing for England again anyway? Not only has he had to endure the bile spewed from at least half of the country he represents every time he pulls on the shirt and sweats blood and tears for them, he now has its governing body appearing to persecute him as well.

Persecute might come across as a pretty strong way of describing the FA’s decision to hold a hearing but I make no apologies for my perception of events. If JT had been found guilty then of course I would expect the FA to throw the book at him – and rightly so – but we know that didn’t happen, so as far as I can see they are simply bowing to pressure from a press-fuelled witch-hunt.

Even their own rulebook would appear to indicate they have no grounds under which to pursue this case, with rule 6.8 stating that the results of relevant civil or criminal proceedings are ‘presumed to be correct and the facts presumed to be true’ by FA regulatory commissions, and yet they are still seemingly intent on dragging JT down.  So personally, I commend John Terry for both his decision and his statement.