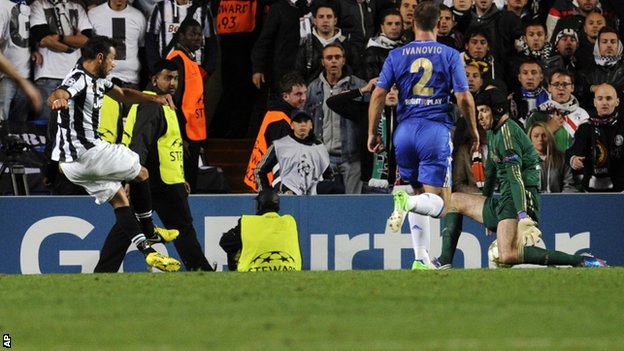 It was a mixed night for Chelsea in the Champions League last night as they threw away a 2-0 lead to draw with Juventus at Stamford Bridge.

The night began so well, the Champions League trophy was paraded in front of the crowd before Brazilian superstar Oscar scored two goals – the second particularly impressive – to put the home side in command.  Arguably the most crucial moment of the evening was when Juventus pulled a goal back before the break. This gave the visitors hope and made Chelsea nervous. They then equalised in the second-half, showing that they didn’t go unbeaten throughout last season for nothing.

Reflecting on the point afterwards, Roberto Di Matteo was delighted with the impact Oscar made, but disappointed with the way his team let Juventus back into the game. On home soil, this was game the Italian desperately wanted to win, while many Football Bets were placed on a Chelsea win.  Speaking about Oscar initially, the Blues boss said: “It was a great debut for Oscar. It was just the right moment for him to start the game in the Champions League.  He has been mostly away with his national team so we need a bit of time to work with him. He was perfect tonight.  He took on board the information we gave him and it was great to see we have a player like this in our ranks. He is a big talent. He has got a bit of everything. We shouldn’t forget he is still a young man but he is already well established with the Brazil team. We are lucky to have him here.”

As for the performance as a whole, Di Matteo was clearly frustrated with letting a 2-0 lead slip, as he should be. In the end, it was Juventus that looked more likely to win the game too.  Speaking about the equaliser, he continued: “I think we should have dealt with it a little bit better. We lost possession just beforehand and we should have reacted much quicker to losing the ball than we did.”

It was John Obi Mikel that gave the ball away of course and he was keen to apologise afterwards, saying: “I’m sorry about the mistake, but there are no excuses. You make a mistake, you get punished for it.”

Chelsea will have to cut out this type of mistake if they are to retain the Champions League trophy of course. Hopefully though, they will continue the decent form shown this season and win the next couple of group games. This night will then be remembered as one where a star was born and not when Chelsea dropped two crucial points.

We can’t go wrong with Robbie can we?
CHELSEA v Stoke: Prediction & Stats