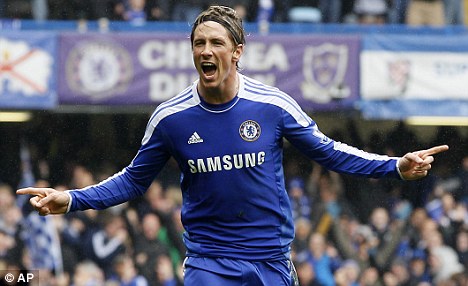 With the recent signing of Robin Van Persie to Manchester United, I’ve been starting to see and hear a lot of talk about striker pairings in the EPL.

While right now I think Aguero-Tevez is the only true very good and realistic pairing, people have been analyzing the prospect of Rooney-RVP and maybe Giroud-Podolski. This has inevitably led to questions about what Chelsea have in mind. As much as people are confident Torres can bring goals, they are also sizing up our goal threats with the other top teams and thinking ‘Is this all we’ve got?’  Now as you all know, we are still linked to Hulk and Cavani, and Victor Moses looks like he should be headed over any day now. They real question is do we actually need a striker duo or just a back-up/interchangeable player?

I believe Di Matteo will think a lot about this question because the biggest thing about two strikers is that he would have to restructure the system. Chelsea for the last several years have relied heavily on midfielders and defenders to sneak in goals and rack up the tally. The defense has also always been solid enough that this was all that was necessary. With the slightly less air-tight defense and a much less defensive team in general, will this be the time that the Chelsea attack as a system is taken more seriously than the pass-to-Drogba and take-set-pieces of yesteryear?

Right now the midfield is bubbling with creativity but this needs to translate to goals. I think it’s been tough because the actual team is only getting together now and it will depend on how this network of Oscar, Hazard, and Mata plays off each other and the striker. Thankfully, the transfer window closes in two weeks and we will hopefully have this sorted by then but trusting CFC I’m sure there will be deadline day drama.