Chelsea: Kicking Off The Pre-Season With Optimism 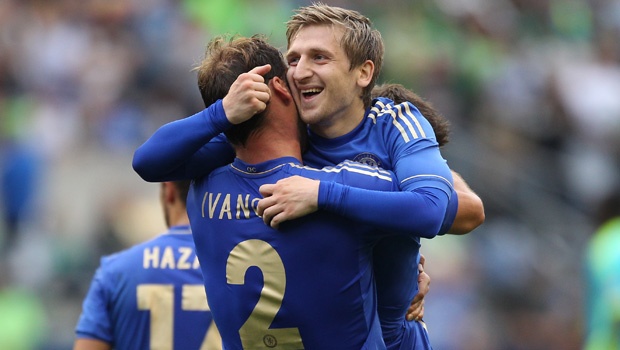 Going into the 2012/13 season, our first ever season as Champions of Europe, The Chelsea Blog will be hearing a bit more from its own readers – God knows you could probably all do with a break from my opinion from time to time!

We’ll also be introducing more regular contributions from their own unique angles and the first one of those is from the ‘new Chelsea’ perspective.  Daniel Akinola-Odusola is fairly new to the world of Chelsea FC, having joined us from the Mourinho era and I reckon his ‘fresh eyes’ will give a pretty good contrast to my usual cynical, ‘old Chelsea’ views.

So, to kick off Daniel’s welcome to the wonderful world of The Chelsea Blog, here’s his thoughts on our first pre-season game against Seattle.

I did not expect I would actually be awake for Chelsea’s first pre-season match since it was at 3:30 a.m Munich time.  Surely enough, I did stay awake and it was worth it primarily for the first 45 minutes at least. The starting line-up saw the likes of Josh McEachran (a fan fave who really hasn’t had a lot of opportunities) and Romelu Lukaku  (a big purchase who didn’t really see any first team action last season) playing along- side new boys Eden Hazard and Marko Marin. I will not recap the match because you can find that basically everywhere else.  I will, however, say why it excited me a lot about the new Chelsea.
I will not say too much about defence.  It was shabby but during the season the Chelsea defense causes few serious problems. The first goal just came from McEachran passing directly to the attacker. The game really wasn’t about defence because with Terry, Cahill and Cole in the mix we are pretty secure. Chalobah and Hutchinson put in good shifts and I will be happy to see more from them in the future.
The midfield was where the magic happened. This is the first match these guys have played together (and for some in a Chelsea shirt) and for the short amount of time they’ve had together, Marin and Hazard played off of each other very naturally. Hazard was likened to Joe Cole for how sturdy his is through his cutting runs in midfield. There was a lot of hype about Hazard and he has already gotten a few good awards to his name but seeing him at Chelsea was entertaining.

The biggest difference right now is that between the cutting runs through the park by Hazard and Marin’s Robben-esque cuts and runs into the box, we will most likely be spending a lot of time in the opponents third. Adding Mata to these two would make a small but very dangerous three in that 4-2-3-1 and would be a dream for any striker worth his salt. If Torres does not find his way to the top of the score list this season he is not meant for this team.

Josh was magnificent in the beginning getting in and stealing the ball to set up the first goal. It’s a shame his confidence took a hit when he let up that bad pass but he has a bright future as many would say.  Kevin de Bruyne showed a lot of raw promise but needs some polishing, especially on his shots. He will probably go on loan for a season or two but I expect good things from him.
The players like Essien, Mikel, and Lampard will be crucial in this midfield for size, tackle, and playmaking ability. You could tell they feel more expressive just by being in the mix with these young players. Lukaku played very well off of these two, netting his two goals. He in my opinion just needs play time, plain and simple. He will be a fast and physical player with a pretty good shot. He just needs to play and make it natural.
For these reasons, I believe Chelsea will have a great run in taking back the Premier League title and defending the Champion’s League – and even if it doesn’t all happen this year, we will finally play the beautiful football Roman has been searching for.