Chelsea: Bring on the new season 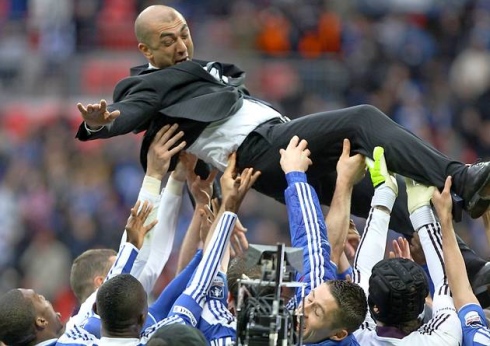 Roberto Di Matteo was confirmed as the new Chelsea boss last month and who can say that he is not the right man for the job? After delivering both FA Cup and Champions League success, there really was no other contender.

Some people may doubt whether it was just a good short term fix for the club. However, people looking at Di Matteo’s football results at the club will see how he masterminded the victories over Barcelona and Bayern Munich in Europe’s elite club competition, showing what qualities he has.

Now though, the Italian has to focus on mounting a serious challenge for the Premier League title, as well as retaining the trophies won back in May. He must be smart in the transfer market and continue to get the best out of the likes of Frank Lampard and John Terry, who will be as influential as ever for the Blues this campaign.

The 42-year-old has already brought the exciting talent Edin Hazard to Stamford Bridge who could really set the Premier League alight and help the side to more silverware this season. Fernando Torres will have a massive part to play in this season and Di Matteo will be hopeful that he can finally show some of the qualities that he did for Spain in Euro 2012. Another striker is needed though to support Torres, someone who is at the top of their game and that would strike fear into opposition defences.

The man at the helm of Chelsea will know that this is his toughest test as a manager and that good start in the Premier League is vital. He needs to have the players ready and a squad that can keep up with the demands of competing in four competitions.

The Community Shield match against Manchester City takes place before the start of the Premiership and although this game is not usually a game that people take notice of, it is one that Chelsea can really show that they mean business. It is certainly a year to look forward to for everyone at Stamford Bridge and with a young manager that is eager to impress, it could be another successful one.