Ashley Cole: A Hateful of Hollow? 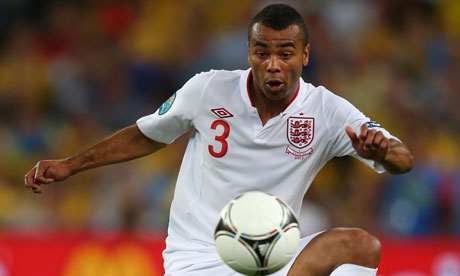 Ashley Cole. Say that name and most people (outside of Chelsea) will throw the ‘C’ word about.

Considering his service to England and English football, I find that a bit strange if I’m honest. Ok, so he may not be the subject of any ‘How to be the perfect husband’ manuals, but then there’s probably few professional players that would these days anyway. The fact is, he’s the best left-back in England by some distance, he’s played 97 times for his country – and he’s still committed to the cause. So what gives?

I pushed a fair number of people on twitter yesterday to come up with some credible reason for the abuse aimed at Cole and pretty much as I suspected – there isn’t one. Or at least there isn’t anything that stands Ashley Cole out for any more abuse than his peers. Using the ‘he cheated on Cheryl’ argument doesn’t wash with me. If that warrants the amount of stick he gets, then why aren’t people baying for Giggs or Rooney’s blood in the same way? People from all walks of life fuck up, players included. Of course, the difference between your average Joe Bloggs dipping his wick and a Premier League player is obvious but it’s slightly bizarre that at least half of those slating Ashley Cole for it have probably done the same thing themselves, or at least would given the chance.

So, that’s the ‘cheating’ argument out the window, what else might his critics offer? The ‘Arsenal’ thing? I mean, players of his calibre should be ashamed of wanting success, right? And they certainly shouldn’t expect to be paid what they’re worth. Come on! Are we really expected to buy that bullshit? Has Wayne Rooney been ostracised for having talks with the neighbours and engineering himself a wad of cash to stay at a club he apparently loved? Or has that all been swept aside like his latest hairpiece because it suits United supporters to forget that little discrepancy?

Of course the book was a mistake, he came out of it badly but there was a lot more to all that than any of us were party to. I always thought he was mugged off by Arsenal and even former Arsenal man David Seaman suggests “Ashley Cole got dealt with badly at Arsenal and he was hung out to dry a little bit – and that is all I can really say. The true ­stories never come out. Ashley has been dealt with wrongly by the club and I am not going to go into anything else on that.  I know some Arsenal fans may not like that but I am sorry but I know what I know, and I like him.”

Naturally, Cole’s reaction in the emotionally overwhelming minutes after our Champions League win has been heavily criticised.  His “Now no-one can say anything to me. This is the reason I came here”, response to the camera shoved up his left nostril added fuel to his critics’ fire but why wouldn’t he react like that after years upon year of abuse? For fuck sake, the bloke has been at Chelsea six years, won shed-loads of trophies and some will still genuinely question why he left Arsenal? Behave people, it’s not exactly the Titanic in terms of cutting ice here.

So what arguments could we possibly have left? Oh yes, he shot an intern! He didn’t ‘gun’ anyone down in cold blood, despite the way some headlines portrayed it at the time. He didn’t pull out a sawn-off and make some poor trainee beg for mercy. He was acting the prat and accidentally shot a student. Not very mature I grant you, in fact pretty bloody stupid but hardly a hanging offence either.

The man himself meanwhile, quite openly admits he’s fucked up at times, saying “I would say there are (regrets), but there is nothing I can do about them now. That’s over. Footballers are not like any different person. Everyone makes mistakes and everyone learns from them. That is what football is about as well.” And he’s right, he has made mistakes but who hasn’t? It’s what we learn and how we atone for our mistakes that really matters surely?

Except it doesn’t seem to matter where Ashley Cole is concerned, even if, just as I’d suspected there is absolutely no credible substance to the arguments sustaining the abuse against him. It’s merely another bandwagon jumped on for the ride and when you really try and extract some kind of reason for it there aren’t any valid ones – except that hypocrisy reigns in football.

Lampard: Ash Has Got The Lot
Chelsea Transfer Rumours: Malouda, Meireles Out, Moses In?