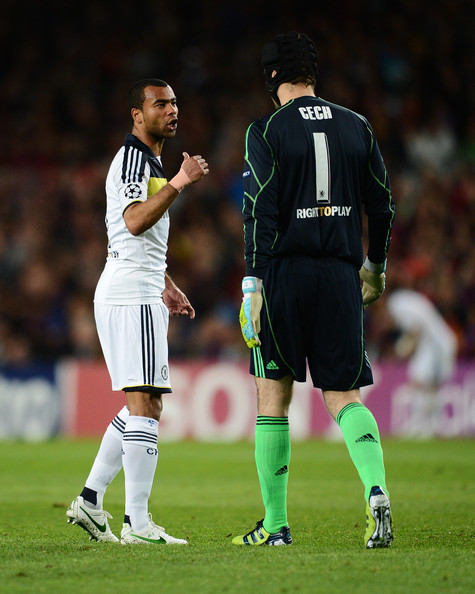 We really haven’t had a lot of luck in the Euros with injuries have we? So far, we’ve seen both Frank Lampard and Gary Cahill miss out altogether, whilst both John Terry and Ashley Cole have had niggles. Now though, it’s Petr Cech.

Off the back of some heroic performances at the back end of last season, our keeper’ had a proper nightmare for the Czech Republic so far, and his luck doesn’t appear to have improved, with him suffering a shoulder problem. Typically though, like most of our players generally do, Cech says he’ll be ok for his next game.

Despite only being able to take part in light training, Cech insisted yesterday “I can’t say I could play this match if it were scheduled for today – but Saturday I’ll surely be 100 percent.  I still have two days ahead of me and that’s enough. Tomorrow (Friday) I will be able to train normally without any limitations.”

It doesn’t stop there for us either, because Ashley Cole, who’s already had problems with his long-standing ankle problem out there, trained for just 15 minutes Wednesday and is said to be being closely monitored by England’s medical staff.

It’s hardly surprising he’s struggling a bit, with 54 games for club and country behind him this season, but just like Cech, Ashley Cole is said to be quite clear he’ll turn out for his country when we face Sweden tonight.

Chelsea to challenge for title?
Chelsea Transfer Gossip: Schweinsteiger In, Sturridge Out?