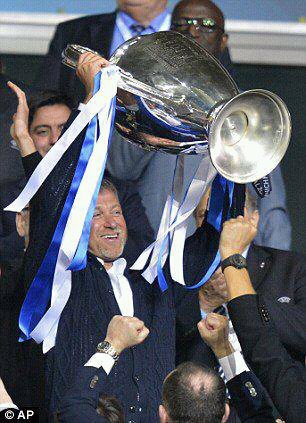 It started off quite hopeful, with a new man in the job

We banged a few in, looked ok, you’d forgive us for all hoping –

That even with a few old ‘uns, the Chelsea squad was coping

We’d even hoped that Torres was, or at least until United

With a miss that had the red shite, all sort of ‘dick-in’hand’ excited

Then controversy, of course, what else? Unhappy players leaving

And with his spell spent on the bench, we had Frank Lampard seething

With Anton and a hapless ref, turning everything all sour

The Old Guard were not happy, and they werent the only ones

So yet again mid-season, another boss had got the sack

And it was left to Di Matteo, to get us back on track

He did that in emphatic style, first Napoli, then Benfica

And when Torres scored v Barca, you couldn’t help but think ‘Eureka’

Of course, we messed up in the league but it was nice to leave Spurs waiting

Then it was on to Bayern Munich, with the trophy in our sight

The big-eared one we wanted, but would it really be our night?

A shoot-out then decided it, but who won wasn’t incidental

Because Chelsea, were Champions of Europe – and of course we all went mental 🙂

Chelsea: Who Stays, Who Goes?
A Week On: JT & Chelsea Still Proud