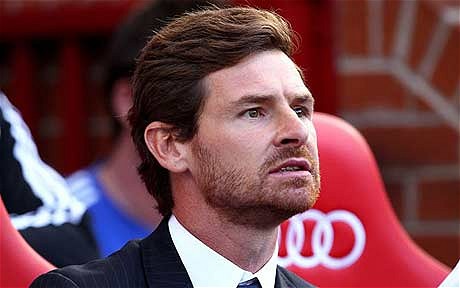 Almost four years ago now, TheChelseaBlog was ranting about the club’s handling of managers…….4 managers later, nothing has changed and following the sacking of Andre Villas-Boas yesterday, it’s hard to feel anything except deeply disillusioned with the club.

Of course this isn’t anything new, obviously, but that’s what’s really worrying now – there genuinely is no end to the manager’s merry-go-round in sight anymore.  I’m still not sure whether I was naïve or just bloody-minded but I refused to let go of the belief that in sacking Ancelotti and appointing AVB, Roman was going to take the need for stability seriously this time.

Yes, AVB was young and in spite of his success at Porto, still inexperienced but he’d learnt part of his craft alongside a man many of our supporters still regard as the best – the players could respect that, right? Wrong because in hindsight, he probably never had their respect from the start.

So what was that all about? His age? Well, it’s fair to say our players weren’t used to quite such a young manager after the likes of Grant, Scolari, Hiddink and Ancelotti but then managers like Gullit and Vialli didn’t seem to get such a hard time in-house, so it couldn’t be just that. His handling of Anelka and Alex then? He probably did himself no favours there although to be fair to him, if he was coming up against egos in the dressing room, it was probably an attempt to assert himself even if he didn’t appreciate the weight our players could ultimately have where P45s are concerned.

So, the fact that our managers last as long as Katie Price’s boyfriends is down to player power then? Horrible thought isn’t it? But there’s definitely something in it, even if that’s not the whole story. For me, this started after Mourinho’s departure – and whilst I’m not saying they’re still sulking (well, not all of them anyway), the ego’s he firmly instilled and left behind have evidently flourished more than their performances.

Only a month ago, I was suggesting something resembling a virus was spreading through the club from boardroom to pitch and I stand by that. My only slight concession to that is that in order for something to seep down, it has to start at the top – and whilst I’ve always shied away from criticising Roman Abramovich, for obvious reasons, I can’t keep ignoring his influence.  Don’t get me wrong, I’ve always accepted that without Roman I may never have seen us win a title in my lifetime – and we’ve had 3 since he arrived – but Ken Bates ‘saved’ us once too and his influence wasn’t always positive either.  In fact, it was put to me yesterday that Abramovich is like a drug – we can’t live without the money he gives us to make us feel better, yet we know he’s harming us.  And like it or not, it’s a valid point.

We need him for sure, every transfer window we beg for more to make it good again, yet every time he supplies us (and his managers) with the likes of Shevchenko and Torres, it infects affects us. For managers who don’t have these players in their plans, it puts pressure on to somehow accommodate them and very probably pisses off senior players – is it any wonder they feel the need to assert themselves in the face of signings like this – players on equally obscene salaries who are perceived to do a lot less for them?

So, what we have (and what we’ve had for some time) are players vying for their own piece of recognition and managers who can’t genuinely manage. That’s not to say we’ve had bad managers, what we’ve had are managers who find their job of managing is constantly impeded and a large part of the first team that has clung on to its ‘rightful place’ within the club slightly better than its clung onto its dominance in most games this season. And that’s the crux of it – whether we or they like it or not, our ‘key’ players are not the force they used to be.

Somehow, AVB was meant to handle all that whilst making a start on the ‘transition’. Unfortunately for him though, no-one else at Chelsea was ready for that transition. Not the senior players for sure – and not Roman Abramovich, which was evident in the lack of backing given to AVB in the face of recent events.

So, Roman obviously still isn’t ready to keep faith with any of the managers he hires and our players continue to show that same disrepect filtering down from above. Still, candidates will be falling over themselves for a bit of that, surely?

I for one, wish AVB well.