AVB – Are The Seeds Being Sown? 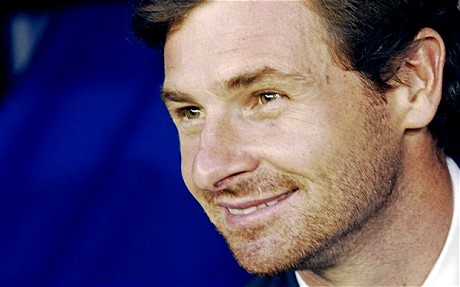 I don’t understand some Chelsea supporters, particularly when it comes to our managers. We all get frustrated at the press for being on their backs all the time, yet the minute we have a couple of poor results, some supporters don’t just join the ‘sack the manager’ brigade, they’re actually up there leading it.

It seems that at Chelsea, for some at least, managers are often given credit only after they’ve been shown the door. Take Ranieri for example, how many supporters (just like the press) bemoaned the Tinkerman’s tactics? How many of them were on his case week-in-week-out right up until it was a certainty he’d be making his exit in May 2004? Only when his P45 was being prepared did we hear his name being sung and by then of course it was too late, Mourinho was on his way.

Of course Jose Mourinho is the the flaw in my theory – he was The Special One – although maybe he just added to the impatience that’s been generated? I won’t go into my thoughts on Mourinho or his time at Chelsea, that’s another article in itself and one I’ve probably written countless times already. Suffice to say though, his name was sung, he was the one Messiah (or at least regarded to be) and if we’d get rid of him we’d get rid of anyone, right?

And maybe that’s where the problem lies? Maybe that’s why the press persecute our managers so mercilessly? Yes, they still did it before Mourinho – and unsurprisingly given our history with managers – but was any manager after Jose’s departure ever really going to get a fair crack at the job before the vultures picked the bones out of the slightest slip?

Ok, so I’ll admit to being the first one on the bandwagon when it was Avram Grant, in fact, I was driving that particular bus from the day he was appointed although typically, having given him a fair bit of stick, the press seemed to have a certain amount of sympathy for him. Less so for Scolari, whose job was probably questioned sooner than most but by then, second-guessing a Chelsea manager’s length of service had become a national sport.

Guus Hiddink was a different kettle of fish though because we always knew his appointment was temporary, so no joy there for the press really until Ancelotti who, as we know didn’t fare any better than those before him. And again, whilst plenty of supporters didn’t care too much for him whilst he was with us, there seemed to be a great deal more respect for him following his departure.

And so on to Andre Villas-Boas, the latest Chelsea manager to come under fire from the press, which bothers me slightly less than him coming under fire from our supporters really. We expect it from the press anyway, I mean, a Chelsea manager’s job being touted is as customary before Christmas as United predicting they’ll win the title – we’re used to hearing it.  What irritates me is the lack of support, or more to the point, time, our own supporters are prepared to give him.

For years we’ve watched United and as much as we can’t stand SAF, we know he’s the reason they have the sort of success we can only dream of. But did he get it right the minute he arrived? Of course he didn’t but his shaky start was soon buried amongst the silverware a bit of patience accumulated.

I know it’s a phrase that’s been done to death but we are a team ‘in transition’.  Unlike the days of Jose Mourinho, AVB didn’t inherit a side energised by the arrival of a rich owner, a side capable of winning the title and safe in the knowledge we could still afford to add who we wanted to the squad, he inherited an ageing side probably still smarting from City’s inheritance and Roman’s insistence we wouldn’t be going into financial battle with them.  And that ‘transition’ means we have to accept things aren’t going to be perfect, we will lose games, and very probably won’t win any trophies – in fact SAF is probably the only manager we know capable of doing that – but that doesn’t mean we won’t be making any progress and it certainly doesn’t mean we need another manager.

SAF might not have got it right as soon as he got to Old Trafford but he got there because irrespective of a period he describes as “the darkest period (he had) ever suffered in the game”, United waited – and that’s what we need to do.  We have a young, ambitious manager, a manager who has already shown he’s prepared to make bold decisions – we should be inspired not impatient.

In AVB we don’t have a showman, he doesn’t want to be bigger than his players but he does want to be taken seriously.  In his case, the sparring with the press isn’t about hogging the limelight under the veil of ‘protecting’ his players, it’s about asserting himself as a force to be reckoned with.  Whilst the press might think they can take the piss out of him, it’s them that are often left searching for words when he turns questions back on them.  Scratching their heads for a suitable response, they resort to giggling over childish names to fend off the latest slap in the face.

Dealing with the press is something SAF has mastered at United, over the years they’ve come to know where the line is with him and they know what happens when they cross it.  That’s earnt him respect from supporters and players alike, so should AVB really be criticised for drawing his line early?  The press were very quick to jump on Frank Lampard being dropped to the bench, predicting some kind of storm at Stamford Bridge as a result, yet there was little acknowledgement of the strength of both belief and character his bold decision demonstrated.

Of course, the press will excuse the AVB-baiting because there’s undoubtedly a very long list of manager’s proceeding him who’ve tried and failed to plant any firm roots at the Bridge but the seeds are being sown every time we see him in his now familiar crouch on the touchline, every time he argues a decision or defends himself in the media.  He’s showing he’s determined, he’s passionate and he has belief in himself.

Isn’t it time we all started believing in him too?

Torres’ Time Coming?
JT Around For A Long Time Yet?