Terry – Sturridge is ready for England 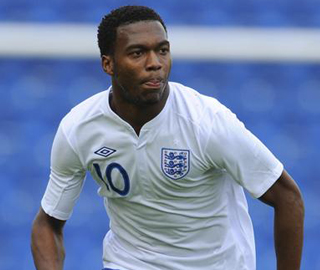 Chelsea captain John Terry has given his support to Daniel Sturridge in the striker’s bid to make an impact on the international stage. The 22-year-old – who has been in fine form for Chelsea this year – is involved in Fabio Capello’s squad at the moment and has realistic ambitions of being influential when it comes to the England euro 2012 odds next summer.

With Wayne Rooney suspended for the group games during Euro 2012, there is an opening for a striker to take his starting berth and as he is part of the squad right now, Sturridge has to consider himself as a contender.
He may not have started England’s friendly against Sweden but Terry believes his Chelsea team-mate has what it takes to perform for his country.  The England skipper said: “Sturridge is ready. He’s been playing well for us [Chelsea] and he was unfortunate after the pre-season he had that he had a suspension because, speaking to the manager, he would have been the first name on the team sheet.  He’s been playing really well, scoring goals, and doing his defensive duties. He can play centrally or out wide and he can give a lot to the team.”

Terry is right when he says that Strurridge is ready as he seems to accept every challenge given to him with open arms.  Last year he was given the task of first-team football at Bolton and excelled with eight goals in twelve appearances, then this year he has been involved in Chelsea’s first-team and performed admirably. Therefore, who is to say he couldn’t step up and perform at international level? You might say that he simply has to be given the chance.

Having said all of this, he does still have a lot of work to do in order to confirm his place in the England Euro 2012 squad.  It seems likely that Wayne Rooney will be selected despite his suspension, while Darren Bent is another name almost certain to be on the plane.  Beyond this, there are places up for grabs, but there is a lot of competition. Along with Sturridge, Welbeck, Jermaine Defoe, Gabby Agbonlahor and Bobby Zamora are all fighting for a place.

So, whether he got a start against Sweden or not, let’s hope his form of late helps Capello make his mind up with regards to one of the remaining striker options.