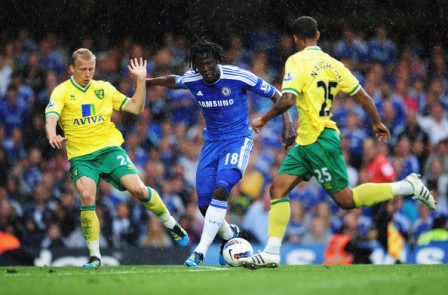 It’s fair to say we haven’t seen a lot of Romelu Lukaku at Chelsea this season.  We signed the 18 year old striker from Anderlect for £18m in the summer and whilst we wouldn’t have expected him to replace Drogba or Torres, we might have hoped to see a little more of him than we have.

Needless to say then, with a talented young player struggling to break into the first team at Chelsea, the eyes are already on him for potential loan deals in January and apparently Villareal want to head the queue.  With the Spanish side keen to strengthen their attack, boss Juan Carlos Garrido is hoping the promise of regular first-team football will persuade us to part with the youngster.