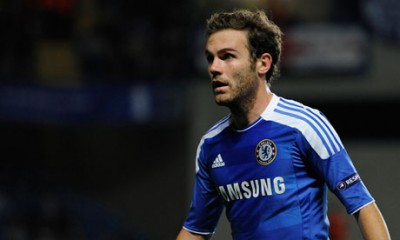 He obviously hasn’t heard Fabio Capello’s plans for the weekend because he says “I have already joked about the game with Lampard and Terry and we’ll do it more often as the game gets closer.  For them it’s quite an incentive to play against the world champions and for us to play against England in their home. I have not been to the old or new Wembley. The new one is really nice and a game against England on the mythical pitch, I’m sure it will be a great clash.”

On less experienced England players, particularly one from his own club, Mata has much hope for their international future, saying “here are a few players that I didn’t know very well but I have played against them, like Ashley Young from Manchester United he’s quite fast and incisive on the left wing. From my team, (Josh) McEachran is a really good left-footed player with many skills. I’m sure he will earn an England cap soon.”