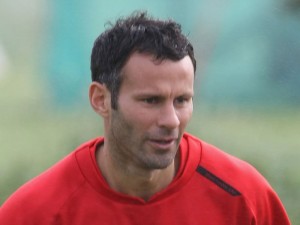 The news that Ryan Giggs has been a very naughty boy probably surprised quite a few people. Held up as a the sort of player many would aspire to become and widely regarded as a consummate professional both on and off the field, in one simple headline, Ryan Giggs has been knocked off the pedestal the Reds have had him on for the past 20 years.

Or has he? Because there seems to be some debate about it amongst the United faithful. Whereas, John Terry was held up as public enemy number 1 for his alleged affair with Wayne Bridge’s missus, it seems Ryan Giggs is being excused for shagging his brother’s wife because it doesn’t have anything to do with football.

And of course, if you look at who he chose to have an 8 year affair with, it’s quite correct to suggest it wasn’t a team-mate’s missus but does that mean he’s any better than Terry? I wouldn’t have said so but then I learnt to accept our players won’t always be the unblemished characters I’d like them to be a long time ago. United, on the other hand, seem to struggle to get their heads around the same concept.

One of the things their supporters pride themselves on – and actually one of the things I respected them for – was the way Fergie appeared to keep them in line off the field. Whenever our players appeared in the headlines for shagging this-that-and the other – or worse, publicly wavering in their loyalty to Chelsea, it’d be even more galling to hear Reds bragging that would never happen at their club.

When Frank Lampard dragged his contract out and eventually got an obscene amount out of Chelsea to stay, it’s fair to say I wasn’t impressed with him. Fair play, he went on to have an outstanding season for us but that didn’t make it ok. So, for John Terry to then have ‘sleepless nights’ when City fancied their chances of signing him, the word ‘loyalty’ went out the window completely for me when it came to our players – United supporters had a field day though.

So, imagine their very own blue-eyed boy coming perilously close to signing for City – surely no United player would take the piss like that? And they’d never be forgiven such a sin would they? Well, we all know supporters are fickle enough to forgive just about anything, so whether he’d been shagging prostitutes behind his pregnant wife’s back or flirting with the opposition, it seems Rooney wasn’t regarded as anywhere near as bad as either Lampard or Terry.

So, with the latest revelation that Ryan Giggs has shit on his own doorstep – or his brother’s at least – would we really expect United supporters to hold their hands up and admit their players’ off-field behaviour is no better than anyone else’s?