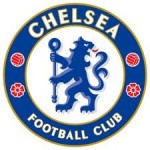 I know, I know, it’s pretty bizarre to see a preview up on here on a Saturday morning but for some bizarre reason we’ve been permitted a 15:00 kick off on a Saturday again – SkySports must have gone out of business or something. Anyway, as disorientated as I am by all the confusion over what day it is, I’ll do my best to give you the usual Sunday afternoon/Monday evening preview I’m more accustomed to lately.

With a nine point gap between us and United, I can think of better sides we could face than a resilient Stoke side that haven’t lost at the Britannia Stadium this year. Still, it’s who we’ve got so we just need to get on with it and hope we come out the other side with three points.

Ahead of this afternoon’s game, Tony Pulis is full of praise for our players although still hopes Nando doesn’t necessarily demonstrate that today, suggesting “I saw them against Manchester City and I thought they played really well. They’ve had problems in the middle part of the season but they still have a great chance of the title. It is wide open. They have some great players. (Ashley) Cole, (John) Terry and (Frank) Lampard have been cornerstones of their success over the last six or seven years and deserve a lot of credit. Torres is a quality player and it is just a matter of time once he has settled in London and settled at Chelsea he will find his form. The one thing you can guarantee he will start scoring again. I just hope it is not Saturday.”

Carlo Ancelotti meanwhile seems to be thinking a little further ahead than just today’s game itself, saying “To make a mistake now is very dangerous. Make a mistake and you can lose your possibility to win something. It’s not just for us but also Manchester United and Arsenal. They cannot make a mistake either. Three months ago, November or December, it would have felt like a dream to arrive in this situation now. I don’t know what we will achieve in the end, but we have a possibility to fight. We just have to be focused on [Stoke City away] because that’s the first of nine — if you want to say nine ‘finals’.”

For Stoke, Sidibe (Achilles) is absent, whilst Carew, Sorensen (both back) and Faye (hamstring) are all given as doubts.

For Chelsea, Alex (knee) and Benayoun (Achilles) are both unlikely to be risked whilst they continue they’re build up to fitness again and Kalou will need a late check after a knock on international duty.

This is a strange one to call really because whilst we have 100% record against Stoke in the Premier League, they haven’t lost at home this year. Quite apart from that, we haven’t played for bloody ages so I have no idea what to expect this afternoon.