Is It Just Conviction Carlo’s Missing? 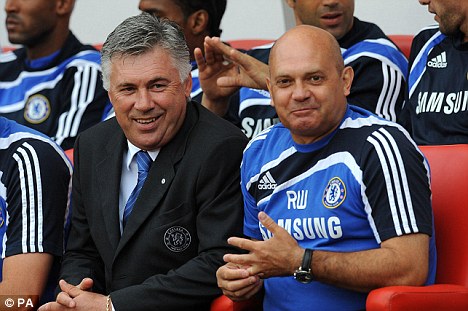 I keep being asked lately for my thoughts on Carlo Ancelotti and whether it’s time to hold him accountable for our ‘bad moment’ bearing in mind that ‘moment’ doesn’t seem to be going away. If I’m honest, as much as I hate to admit it, he isn’t inspiring much confidence in me right now and you have to wonder just how much he’s inspiring in his players.

Take his comments before the Fulham game, for example, whilst it was blatantly obvious that irrespective of the result we weren’t in the title race and haven’t been for quite some time, is that really what our players needed to be hearing from the manager? And worse still, having him publicly hinting 4th place would do us?

It’s been quite a while since our level of ambition has been to aim for 4th spot and I would have to imagine that with the club having just shelled out £70m on top of what’s paid out annually anyway, Roman Abramovich would have his sights set a bit higher than that and all. It didn’t change after we’d played Fulham either. In fact, if anything after that game, you’d have to say his predictions could even be a bit optimistic, with him suggesting “If we play like we did here, we will finish in the top four.”

He has to be kidding right? Fair enough we could’ve had a penalty ourselves and David Luiz was unlucky to concede the one he did but we were fortunate to come away with a draw in the end. I’m not saying we deserved to lose but we certainly didn’t deserve any more than we came away with – and that’s just not good enough at this point in the season when we’re sitting a mile behind United as it is. Thinking we’ll somehow claw ourselves into the final Champions League spot and instilling that mindset in our players isn’t ambitious enough and it certainly isn’t motivating enough – and that is worrying.

I don’t hold with the revolving door system we have for managers, so I’d be loathe to see yet another one given the Roman handshake but something has to change and it has to change soon if we really are going to stay in the Champions League for the foreseeable future. Less than a year ago we won the double and in spite of my reservations about Carlo Ancelotti coming to Chelsea in the first place – we did that double under his management.

So why are we broken now?

Well, like everyone else, I’d have to point to the departure of Ray Wilkins. By all accounts not Ancelotti’s choice for him to go and given the impact it’s had that rings true, because from the minute Butch went out the door, the players haven’t been able to get their act together. So was it him running the show all along and not Carlo? Tactically, it’s fair to say Wilkins probably made some good suggestions when called for because all too often since his departure, games have got away from us when they shouldn’t have.

Pro-active measures don’t really seem to be Ancelotti’s forte when it comes to substitutions but then again, when time’s getting away from us and all he can do is ‘fire-fight’, all too often it’s like taking a wet cloth to an inferno. That didn’t happen before Wilkins departure and whilst I’m not suggesting we were always spot on before that – because our form was a bit on the shaky side around that time anyway – what we were able to do then, was pick ourselves up again. We haven’t been able to do that this time.

Wilkins has to be one of the most positive blokes going – even more so where Chelsea are concerned – and he transferred that to the players. Even over the last few weeks, when we’ve done absolutely nothing to suggest we could, Wilkins has insisted we’ll qualify for the Champions League again. He just seems to have complete faith in the players abilities and they always thrived on that.

From the days of Mourinho’s slightly exaggerated massaging of their ego’s, through the days where Grant played with his cones whilst Steve Clarke did the cajoling, and on to the brief spell with Hiddink picking us up off the floor, this side have always been at their strongest when they’ve had that inspiration. Someone with drive and ambition pushing them forward, someone who genuinely believes in them and motivates them to battle, be it for honours or just pride.

And I’m just not feeling that conviction from Carlo right now.

Fickle Or Forgiving?
Can Carlo Turn It Around?