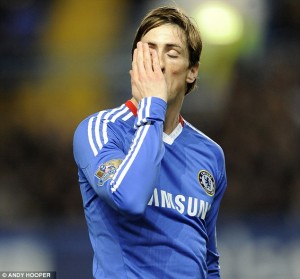 Well done for getting your first game out of the way and I say ‘getting it out the way’ because it probably sums up how things went on your debut eh?

I don’t mean that in a derogatory way – we’ll leave that sort of stuff for the supporters who loved you so much a fortnight ago – but it was all a bit anti-climax in the end really wasn’t it? Of course in hindsight, starting you against your former team-mates might not have been Carlo’s best idea. It was a nervy performance not helped by the bus you were meant to negotiate your way around. You won’t be used to that coming from the club that generally parks it, will you?

Anyway, I digress. Let’s forget yesterday shall we – best thing to do with a game that could deliver an immediate cure for insomnia. I just wanted to clear something up really, before the game you said “When you are joining a club you want to do the best for yourself and that club and that’s all. Some people like to kiss the badge. They can do it. I only want to score goals and do my job and achieve all the targets the team has” and I was just wondering now the dippers are wanking themselves silly after beating us, whether you plan to keep your word?

You see, we have certain expectations at Chelsea, again, not what you’d be used to but we actually expect to challenge for titles and whilst I appreciate we might not have looked like that’s the case often this season, it’s true. We also expect to play Champions League football, every season, so I suppose what I’m asking is, are you still planning to do your job?

I appreciate it might not have felt as if we expect much in the way of effort on the pitch, certainly if you were paying any attention to your new team-mates but I think they were just a bit bored. We do actually expect our forwards to try and score, just like we expect our defenders to defend, not that we’d burn their shirts or anything if they didn’t meet our expectations.

So anyway, I was just thinking if we have to listen to the whiny scouse accents bleating on about a 1-0 win they managed to hang on to thanks to a blatant penalty ignored by the ref – obviously they won’t mention that bit – then it’d be really good if you could at least put a stop to the ‘who needs Torres’ crap as soon as you can.

So if you could just stick to the bit about scoring goals and achieving targets then that’d be great. Oh, and we’d let you off the badge kissing bit.

Disclaimer: This letter was tongue in cheek. I didn’t think this would need to be stated but judging from the comments, I was wrong.