The Penny Drops For Drogba 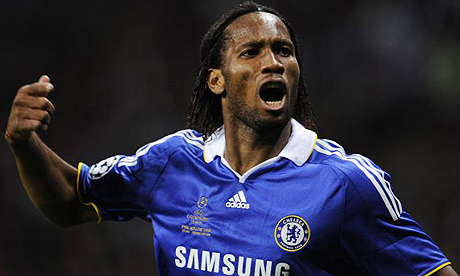 Well, well, the penny finally seems to have dropped for Didier Drogba.

After years of speculation – largely fuelled by comments from the Ivorian himself – it looks as if he’s suddenly realised where his bread is buttered. Because not only has he realised he’s already playing in the best league in the world but he also seems to have sussed there’d be no benefit for him if he ever did leave Chelsea.

The Ivorian striker suggests “When you are close to the end of your contract there are lot of rumours about you.  That is quite normal.  Let’s not forget that the English league is currently the best.”

Whilst on any potential move away from Stamford Bridge now, Drogba says “We are vice-European champions behind Manchester (United), who only won it on penalties.  Moving somewhere better would be difficult.”