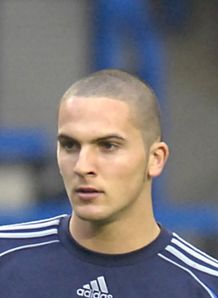 If it wasn’t for bad luck, Ben Sahar wouldn’t have any luck at all it seems.

The Chelsea striker hasn’t been able to get himself into our senior squad and has spent most of his Chelsea career out on loan.  In January, he voiced his displeasure at one of these loan spells when not given the chances he believed he’d been promised at Portsmouth before eventually being sent back to Stamford Bridge.

Sahar overcame his disappointment though, going out on loan yet again where he made an immediate impact at Eredivisie club De Graafschap.

However, after just two months in Holland, Sahar has suffered what looks to be a serious knee injury that could see him out of the game for the next six months.  The 19 year old was taken off half hour into a cup game against Steve McLaren’s FC Twente and although the club are awaiting confirmation of the extent of the damage, De Graafschap coach Darije Kalezic isn’t particularly optimistic, stating “We have to wait and see how serious it all is, but I must say it didn’t look good.”

Fingers crossed for the lad!

Petr Cech: Life After Scolari
Another Fresh Start For Drogba?